Application of the Generecommender technology to the outcome of the paper: "Model systems of DUX4 expression recapitulate the transcriptional profile of FSHD cells "

Facioscapulohumeral dystrophy (FSHD) is a pathology caused by the deregulated expression of the transcription factor DUX4 in skeletal muscle cells.

The aim of this study is to clarify which transcriptional modification is characteristic of FSHD by a systematic comparison of data from RNA-seq obtained from three different models of cell cultures expressing endogenous or exogenous DUX4:

The raw sequence data for enDUX4 were downloaded from the NCBI Sequence Read Archive (SRA) database.

Data from iDUX4 were obtained from RNA extraction from whole cells after 14 hours of induction with doxycycline. Purified RNA was treated with DNAse and heat inactivated before cDNA synthesis. RNA-seq libraries were prepared using TruSeq RNA Sample Prep Kit, sequenced on Illumina 2500 HiSeq and mapped to the human UCSC hg19 genome. For each of the three models, multiple samples of controls and DUX4-expressing cells were analyzed; only genes with at least 1 TPM in 50% of the samples were included to avoid noise from poorly expressed genes. Differential gene expression was performed using the edgeR R package on normalized expression data. To obtain a symmetric measure of overexpressed and underexpressed genes, a logarithmic fold change TPM was calculated.

All three models studied have similar genetic profiles, confirming the possibility of using a cell culture of control myoblasts expressing DUX4 to represent the transcriptional changes associated with FSHD.

Of the 67 markers already known to be correlated with FSHD, 47 were found to be involved in differential expression induced by DUX4 in all three models and the corresponding data sets presented in the aforementioned work.

Gene Recommender receive as input a set of genes, in our case the ones with an already known correlation with the pathology commonly found in most accredited databases[i], and gave as output all the human genes ranked according to the similarity with the encoding, performed by the neural network, of the inputs.

We discovered that among the first 30 genes recommended by GeneRecommender, 7 were identified as significantly overexpressed (log2 fold change TPM > 2 and FDR < 0.05)  also in the mentioned work. Moreover, one of them, TRIM43, is cited as one of the four more representative markers for FSHD, since its upregulation by DOX4 was also found in many other previous works. 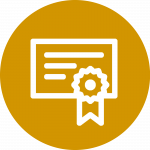 The GeneRecommender methodology, namely, the use of the DeepProphet (the AI engine) for target discovery has been submitted for patent review. Patent submitted with reference number 102021000012299 by TheProphetAI S.r.l